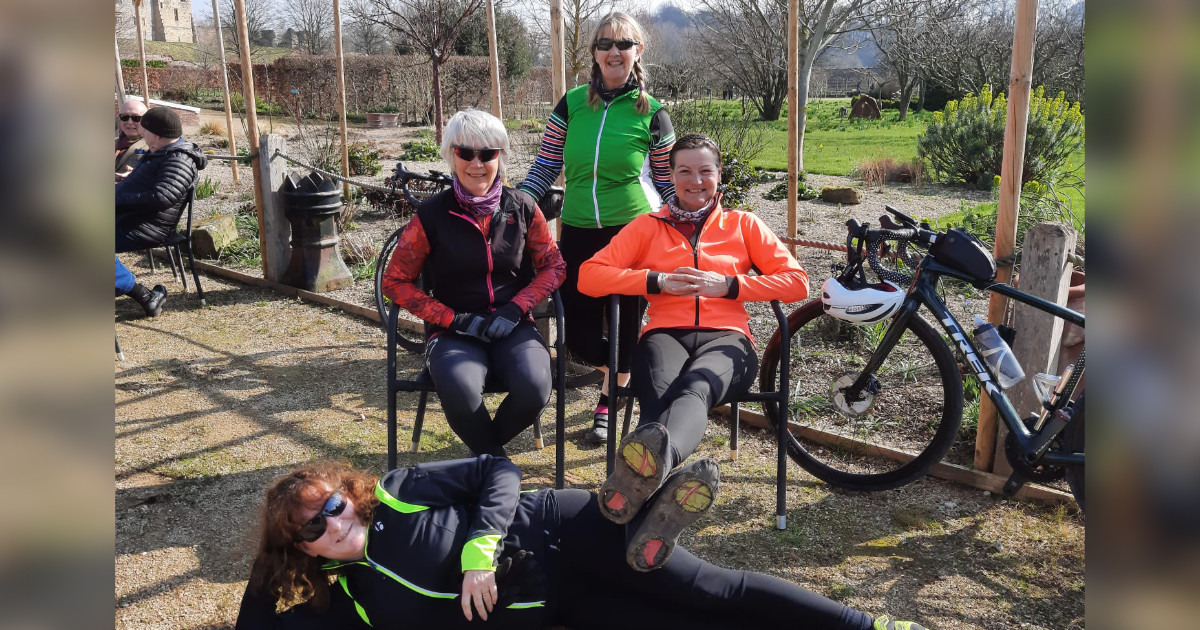 A four-strong team of cycling ladies – including two of the Big Bear Bikes team – is appealing for sponsors ahead of an epic 350-mile forces fundraiser in June.
The Battlefield Belles are taking part in the Big Battlefield Bike Ride﻿, which runs over five days from Ostend in Belgium to Compiegne in northern France, with proceeds going to Help For Heroes.
All hailing from Pickering, they are Jane Eldridge, Jane Beeley, Belinda Hughes - all in their early 60s - and the ‘baby’ of the group, Liz Cooper, a mere 51. They are aiming to raise a total of £12,000 in sponsorship.

The quartet met through British Cycling “Breeze” ladies-only rides five years ago and have carried on riding together socially on a regular basis. Looking for a new challenge for her cycling, Jane Eldridge saw the ride on Help For Heroes’ Facebook and approached the other three with the idea, who were all excited at the thought of taking part.
﻿They were also inspired by their many family connections with the forces. Jane Eldridge’s eldest son is a captain in the Royal Artillery, while Jane Beeley has several family members who are either currently serving in the forces or have in the past. Sadly, she lost a godson who took his own life after serving in the Army in Iraq. Liz also has family members currently serving in the RAF and Navy.

Jane Beeley, Director of Big Bear Bikes in Pickering and Dalby Forest Cycle Hub, said: “We are hoping people will sponsor us and help us raise thousands of pounds for this fantastic charity which does so much for forces veterans. These guys are putting their lives on the line. They are coming home physically and mentally damaged from war and now that those conflicts are over, we rarely hear about them, so it’s vital that the public remember their sacrifice.”
﻿She added: “We have seen that a lot of the people taking part are ex-soldiers who have been injured in service and that, together with visiting several battlefields and a memorial service at the end of each day, will make this a very emotional but ultimately rewarding effort.”

Jane Eldridge, the bookkeeper at both companies, said: “We’re all very aware of how much training needs to be done before the event and I know the support we will give each other will be invaluable.
﻿“We only see part of the story with veterans. We heard about soldiers being injured when Iraq and Afghanistan were in the news but you hear nothing about them after that. These guys have got to live the rest of their lives and the support that the charity gives them is lifelong and essential.”

Running from 12 June to 18 June 2022, the challenge will trace the route of the British sector of the Western Front of World War I. Beginning at Ostend on the coast of Belgium, the ride passes through Belgian Flanders, French Flanders and Picardy down to Compiegne where the Armistice was signed, visiting the main British battlefields of 1914-18 in chronological order. En route, participants will pay their respects at the many memorials and cemeteries while many of the participants will have stories of their own, and their ancestors, to recount.

If you would like to sponsor the Battlefield Belles, please go to their JustGiving page﻿ and donate to any of the ladies (their totals will be combined). Each of the Battlefield Belles is paying for their own travel and accommodation so every penny donated will be passed on to Help For Heroes.