Cracking Start To The Season For Team Boompods: A Look Ahead To 2022 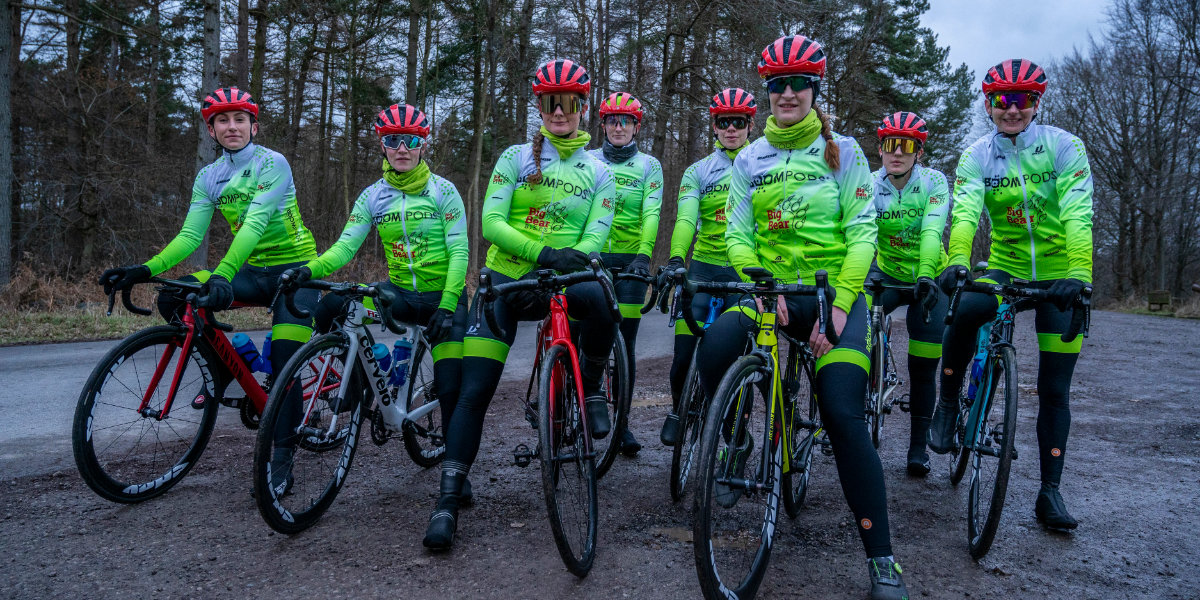 Cracking Start To The Season For Team Boompods: A Look Ahead To 2022

Bank Holiday Monday saw Team Boompods make a strong start to the Tour Series 2022, one of the main UK elite road racing competitions. With Big Bear Bikes as one of their main sponsors this year, we look at their aspirations for the season as they aim to secure individual podium places and a strong team performance, as well as encouraging more women to take up cycling.

May is an intense period in the UK elite road racing season. After a smattering of races earlier in the spring, this month cranks things up a few notches, notably with the Tour Series 2022 featuring seven rounds – up from three last year – and the National Road Series opener, all before the beginning of June.

Big Bear Bikes supported rider – and Team Boompods member – Ellen McDermott had a strong Tour Series 2021, with third and fifth place in the first two races before a crash in the third and final event ended her hopes of a podium finish. However, Team Boompods did finish fifth in the team standings and the squad has been strengthened further heading into 2022.

Following a strong showing in yesterday’s Tour Series round one, in Guisborough, North Yorkshire, with Emma Matthews finishing sixth and Ellen (pictured below) in eighth, Team Boompods managers Nikki Metcalfe and Hannah Farran are feeling positive about the season ahead.

“We are going into the season with 10 riders, focusing on the Tour Series and the National Road Series,” said Hannah. “Our main focus is on getting on the podium and we genuinely feel we are in with a chance of being on the top step.
“We have worked hard on fostering a great team spirit this year – all the girls get on really well which aids their performance as a team on the bike.”

She added: “We are taking each race at it comes and going into it aiming to win. Ellen has had a good stint competing in Belgium earlier in the spring and Mary has already won some races this year.
“The Tour Series has a team competition and the National Road Series has a team classification too so we are targeting both of those, going head to head with the best teams in the UK.”

One of Team Boompods’ main aims is to spread the word about women’s cycling at all levels to encourage more participation. They are keen to highlight that their operation is run “exclusively by women for women”, with both Nikki and Hannah sharing managerial duties. This is something Big Bear Bikes is hugely supportive of: we already organise women-only mountain bike courses with our sister store Dalby Forest Cycle Hub to encourage more female take-up of the sport. We have real ambitions to achieve the same for road riding as we believe cycling can have massive physical and mental health benefits for everyone.

“We are pushing the performance-driven side of the team but also the side that’s about inclusivity and taking part too,” said Hannah. “We also have an element of the team which is about progressing women’s cycling, working with Big Bear Bikes, and we have plans to organise women’s rides out of Pickering in the coming months.”

Watch this space for more information about these rides. In the meantime, this month offers an opportunity to catch Team Boompods on national TV, with highlights of the Tour Series 2022 being shown on ITV4.

Footage from yesterday’s race in Guisborough will go out at 7pm on ITV4 tonight (Tuesday). The next fixture in this packed schedule is Galashiels in the Scottish Borders tomorrow (Wednesday) before the Tour Series takes a brief break as the National Road Series opens with the Women's Rapha Lincoln Grand Prix this Sunday. Go Boompods!