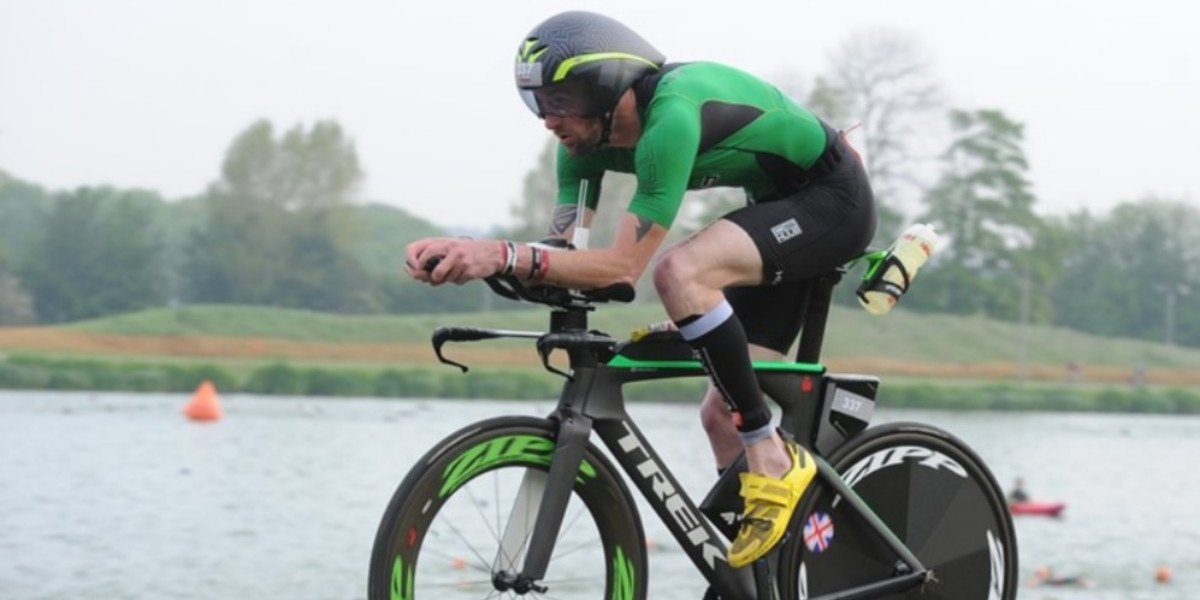 In the latest in our supported riders series, we speak to international triathlete and Pickering resident Geoff Wynn. Geoff, 40, is a Police Community Support Officer for North Yorkshire Police who has competed in some of the world’s biggest triathlon competitions.

Tell us how you got into triathlon

I’ve been doing triathlon for 10 years after completing my first sprint triathlon at Driffield in 2011. I did a lot of sport at school and college but mainly team sports. I started running in my mid 20s but after a while I got a bit bored with the monotony and someone at a circuits class I was at mentioned triathlon so I started looking into it and entered my first. I've never been a good swimmer so it presented a huge challenge and really fired up my competitive spirit to try and improve. I have been supported by Big Bear Bikes since 2018 and have qualified for the Great Britain age group team on five occasions.

What are the biggest events you’ve competed in?

What are your current rides?

I have a Trek Speed Concept Project One, Trek Madone 9.0, Trek Checkpoint ALR4 and Orange Gyro.

What advice would you give someone thinking of doing their first triathlon?

Where do I start? It might seem daunting going from one sport – or none – to three but don't let that put you off. For many people – me included – the starting point will be a sprint triathlon consisting of a 400-metre swim in a pool, a 20km bike ride and finishing off with a 5km run. The simplicity of the pool swim means less equipment than open water and offers security for those who may worry about the swim portion. It's easy to stand up in the pool or hold onto the side or a lane rope if you're not feeling that confident or need to take a breath part way through.

The need for three lots of equipment can be an off-putting factor too but in reality all you need aside from the clothing you'll wear is a pair of goggles for the swim, any bike and helmet, and a pair of trainers. These are things which in reality most of us will own or easily be able to borrow from friends and family. My first triathlon was completed on a road bike borrowed from my best friend, (cheers Hoppy!). There’s no need to panic about having the latest piece of kit or technology and this is the greatest thing I can tell you about the triathlon community: everyone’s welcome!

It is an incredibly friendly community and people of all shapes, sizes, abilities and ages are welcomed with open arms. Look around any transition area and you'll see every bike from shoppers, hybrids and mountain bikes up to super bikes that cost more than most cars, my favourite being a shopper with full baskets on front and rear. The competitor had what appeared to be a full picnic in the front basket!

If you're making the decision to take part, look at what time you have available to train, what are your strengths and weaknesses and pick a distance to suit. When it comes to your first event the goal is simply to complete it and so your training should focus on completing the individual distances so you feel confident in each one. When you're doing the event it's good to break it down into three sections and concentrate on each one without panicking and thinking about the event as a whole.

But, seriously, once you get going, before you know it the finish line will be in sight!

How does it feel to complete a triathlon?

The feeling of euphoria is one I've found hard to match from other sports. Once that first one is over, most people will find themselves looking for the next challenge and the beauty of triathlon is with a number of different distances available it's easy to keep going that bit further and next thing you know you've signed up for an Ironman and are facing a 2.4-mile swim, 112-mile bike leg and a 26.2-mile run!

I know what people will be thinking after reading that "yeah not a chance I'd ever do that". Well I said that but now I've got three Ironman medals and I’m planning the next one. However you choose to go about it, if there is that lingering thought in your head that says "I'd really like to do one but I'm not sure" my advice would be – go for it! You won't regret it.

Look out for part two of our interview with Geoff, where we’ll be talking about training and advice for newcomers.